This weekend Michelle & I went to Dallas for her to take a test to be a Certified Lighting Consultant. Actually, we went to Arlington, but to me the whole Dallas/Fort Worth area is Dallas.

On the way down we stopped at the Gainsville mall and I saw this: 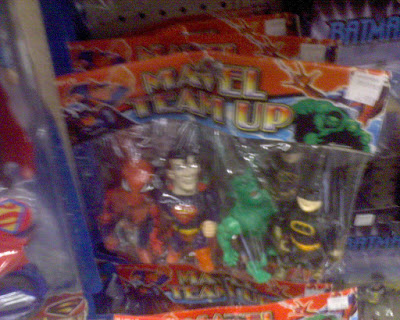 Marvel Team-Up with Superman and Batman? Wonder if this is a counterfeit?

Then we went to the Grapevine Mills Mall and ate at the Rainforest Cafe. I'm not a huge fan of their food, but I love the theming. I love eating in a fake jungle! 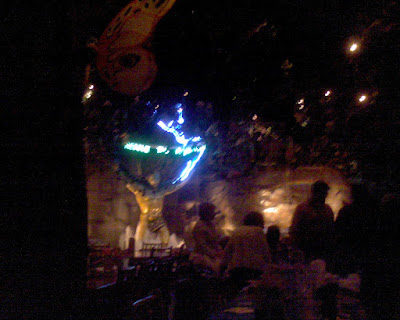 The one in Orlando really puts this one to shame, but hey I was in Dallas, not Florida!
Before Michelle took her test, we went and ate at a Chinese Buffet. Actually it was the Jumbo Super Buffet. It was a HUGE buffet.
They even had octopus! 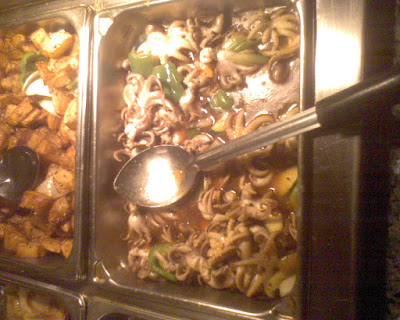 And I did not try it! I try and be careful what I eat when I'm traveling, but to be honest, I'm not sure i would have tryed it at home.
I saw them building the new stadium for the Cowboys. I'm not a NFL fan, but the construction was pretty cool. The photos don't show it, but it was HUGE! 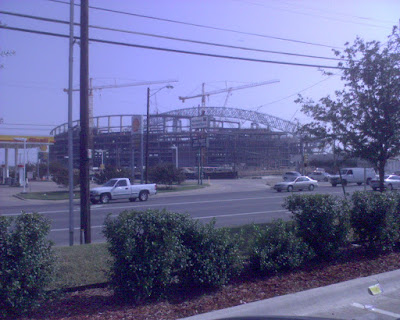 I also hit a few half price books & a comic shop down there. I got a books on Googie, Milton Caniff and Chris Ware. I also went to an art store in Arlington where I hung out and shot the breeze for a while; everybody there was pretty cool & I bought a couple of pencils.
Posted by Scott Sackett at 9:18 PM

Hey Scott, that octopus looked tasty. You should have tried it.
D.L.

No way I way gonna try something like that that far away from 'Home Base'!