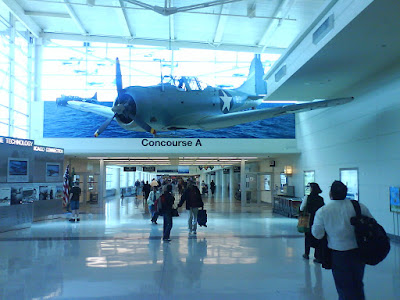 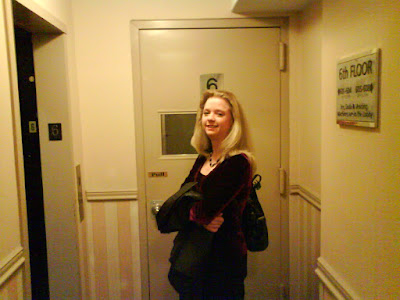 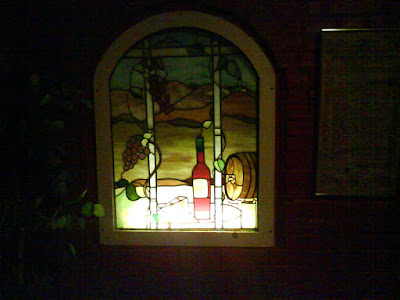 Thursday:
This was our big walking day. We ended up walking 19 miles this day!
We started off by riding the subway down to the Greenwich Village. We wandered around, walking through Chinatown and Little Italy.
Then Michelle tells me, "I want to walk across the Brooklyn Bridge!"
"What? Are you crazy? Can you do that?"
Michelle had read about it in the guide book. And so after a little searching we found the path on and we walked across the Brooklyn Bridge.
Posted by Scott Sackett at 7:12 PM No comments: 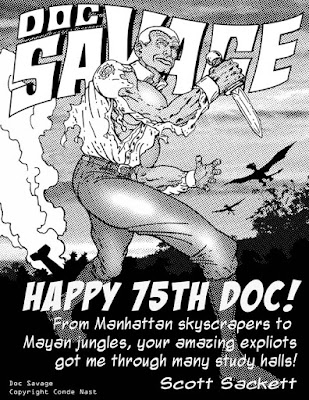 Here's my submission for the San Diego Comicon souviner book.

However, I don't think this will be in the book. It seems when I went to e-mail the file to them their e-mail box was not working. I tried to call them, but their voicemail was " over it's limit."

I don't want to slag on the SDCC people, but this seems to be how the entire con is ran. They have the largest con in the United States, but the consistently get things wrong.

Everytime I go I am told to go in a different door and about half the time the pros are told to wait until everyone else gets in.

I had sworn off the SDCC, but I am giving them one last shot.

And so far, it's not going too good!
Posted by Scott Sackett at 2:07 PM No comments: 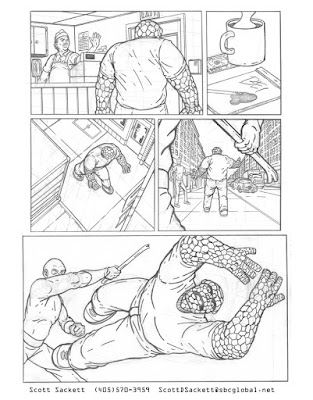 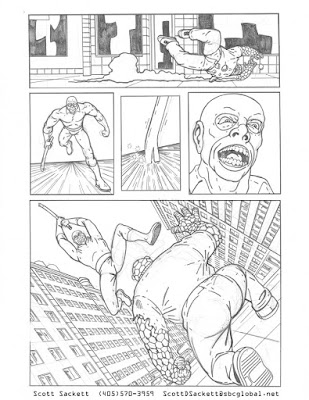 Here's the first 3 pages of my sample for the NYCC