Here some of my favorite pencils for Iron Tiger. Since I'm inking these myself, I kept the pencils loose. But these should give you and idea where I'm going. 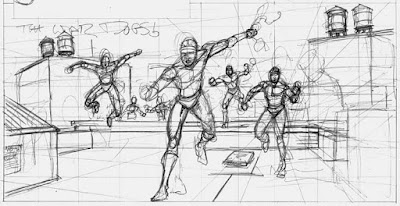 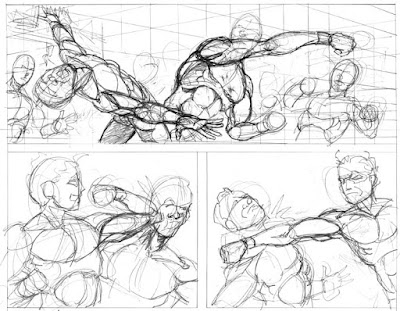 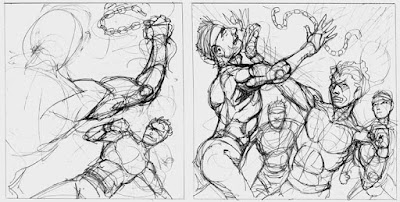 Posted by Scott Sackett at 9:26 PM No comments: 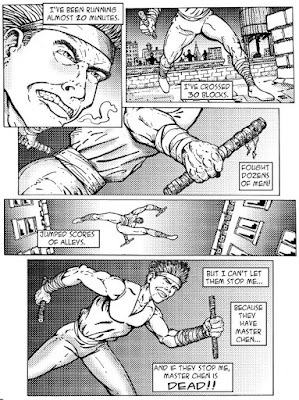 This is the first page of my comic I am going to take to SDCC. The look is very experimental and so I wanted to finish one page just to get a feel for how the finished book will look.

Like I said in my last post, I'm going for an old school zip-a-tone look. I was very inspired by the FCBD Teenage Mutant Nina Turtle book, both for the look and for the essays in the front of the book.

UPDATE: Okay, I've changed my mind. This is not going to be part of Iron Tiger. After I posted this I decided I do not like that and will be changing it!
Posted by Scott Sackett at 3:56 PM No comments:

After hanging out with CB, I've been inspired to produce my own comic this summer. This is the look I am going for, kind of an old school zip-a-tone effect. 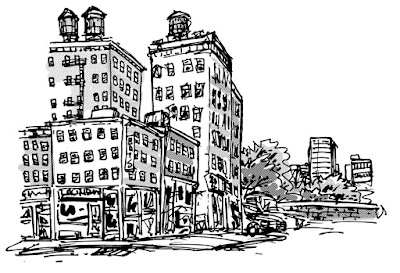 The drawing was done with some pens I bought in NYC last week in my sketchbook. The zip-a-tone was done by a secret method I've developed.

Talking to CB was very inspiring, like I said, he urged me to produce a comic. I am planning on doing Iron Tiger, an old school kung-fu comic. The look is going to be similar to this drawing, but not quite as loose.

One of the fun bits of our trip to New York was I got to spend an evening with Marvel Comics talent scout, C. B. Cebulski.

The details are too sorted to go into here, but the evening started with us meeting at the "Marvel Bar", there was a terrifying high speed cab ride through central park in the pouring rain (at one point CB leaned out the window giving another cab the finger!) and ended with us at an illegal basment bar owned by a superstar comicbook artist!

Needless to say, I had a ball!

(Just for the record, I do not drink, the strongest thing I drank all night was a sprite.)

I wanted to get a photo of the evening for the blog, but it took three attempts! 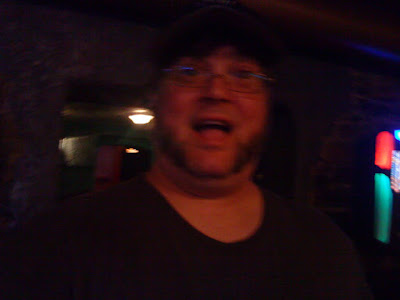 First try: Steve the bartender manged to hold my phone backwards, taking his own picture! 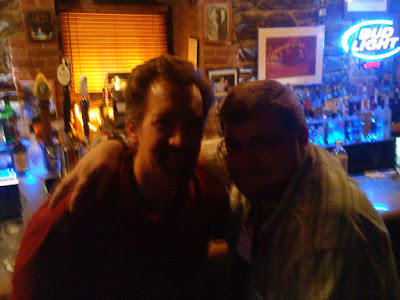 Second Attempt: A little dark, but at least it's the right direction! 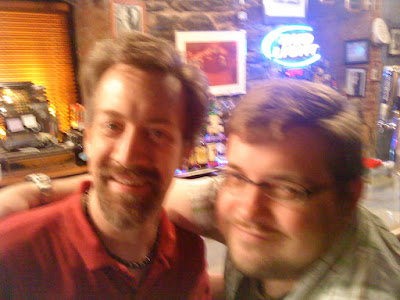 Final Shot: Steve truned on the lights, but it's still a little fuzzy. Given the time, I went with this attempt!

Posted by Scott Sackett at 8:47 AM No comments: 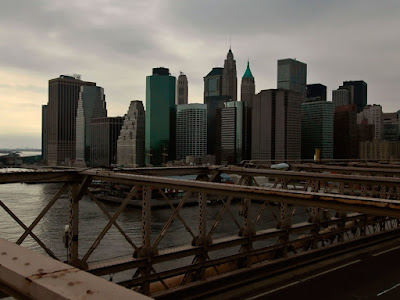 We're leaving for NYC this weekend and I am so excited!
Posted by Scott Sackett at 11:14 AM No comments: