What I am reading.

I finished Pattern Recognition the other day. I really enjoyed it. It's been awhile since I read any Gibson, but I think he has matured as a writer.

Or maybe I've matured as a reader.

I read some discussion online about if this book was science fiction or not. I don't think it is. It's clearly set in the present, in fact some of the computer model and such are a few years outdated.
I would say the book is set in 'hyper-reality', that is, it is set in our reality, but the gadgets and such are of a high end above the day to day reality of most people. World class designers jet set around with ex-Russian mafia types with high end clothing and toys most of us can only read about.

I would compare it to The Ian Fleming James Bond novel. Fleming was from the "upper crust" and one way he added a touch of the exotic to the Bond novels was by using high end brands. Bond didn't just shave, but he used such and such shaving cream, with a special razor.

Gibson does the same sort of thing and paints Cayce Pollard as a world class developer of trademarks and trends. Her obsession with an online film footage leads her from London to Tokyo to Russia. Believe me, I'm not doing it justice. 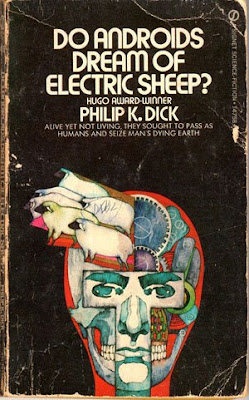 Do Androids Dream of Electric Sheep? by Philip K. Dick
This is the book the movie Bladerunner is 'based' on. I read this once in the early '80s, but I don't remember much of it.

Dick is know for his paranoid, 'what is going on' storylines. His characters comonly question who (and what) they are. things are never what they seem. I read some of his work when I was a kid, but I'm hoping to experience his work through a new perspective.
Posted by Scott Sackett at 10:27 PM No comments: 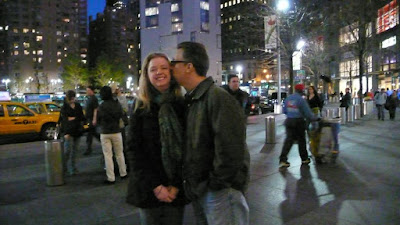 Our friend Sherrie sent us this photo she took of us in New York City this spring. I can see in this photo how much weight I've lost, but the picture was too good not to post!
Posted by Scott Sackett at 9:59 PM No comments:

One of my New Years Resolutions (I made about 40) is to read more fiction. Somewhere along the way I slipped out of the reading habit. Oh, I read pleanty of comics or art books and maybe even some historical books, but I'm wanting to read more fiction in '09.
When I was a kid I read tons of Science Fiction, but I think somewhere I stopped. So a few days ago I looked through my bookshelves for something I had never read that looked good and I came up with this: 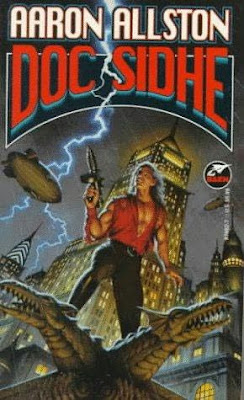 Okay, maybe it's not Moby Dick, but it's pretty good. It's kind of a pulp hero novel remixxed in a fantasy world. Allston is a name in role-playing game circles and this seems like it could be the basis for a good RPG. It's a good solid action story and so far I'm really enjoying it. 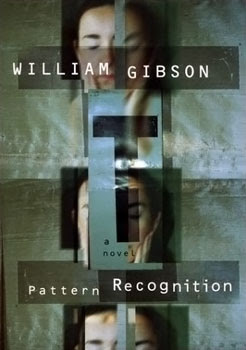 I read a few pages of this at the library (you didn't think I'm buying all these books?) and was impressed by how readable Gibson has become. I read some of his cyberpunk stuff back when that was hot, but it always seemed dense reading to me. We'll see how this goes, I have high hopes for it.

Already, I've read about the main charcter de-branding all her clothes. A woman after my own heart; after I finish this I am going to de-brand my new backpack!

What I'm Listening to. 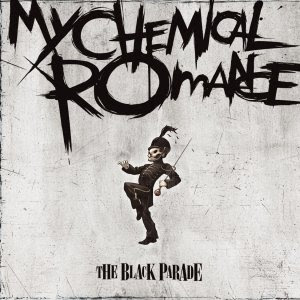 The Black Parade by My Chemical Romance

This popped onto my radar after seeing the lead singer at the Eisners this summer. I picked up The Umbrella Academy trade during the holidays and figured why not check out the album.

I really like it. For some reason, it kind of reminds me of Queen, but that's kind of misleading. I think that it has a sonic range that reminds me of some of the older bands like Queen or Rush, but you can definitely tell this is a post-alternative, speed metal influenced band.

( I've been listening to some '80s heavy metal and it's amazing to me how slow that stuff sounds. A co-worker claims Nirvana changed music forever. I would argue Metallica has.)

Anyway, I'm digging The Black Parade and it's in heavy rotation on the Walkman!

Posted by Scott Sackett at 10:04 PM No comments: